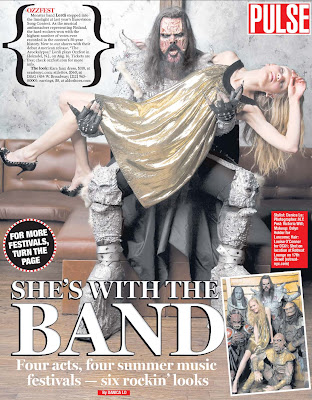 Today we wanna talk about two things we know a lot about but, sadly, have very little of…sex and money. Livin’ in Mom & Dad’s basement and blogging all day isn’t as glamorous or lucrative as you might think.


Y’all know that the Silver State is in a crunch for cash. Thank you Chimp-Dick. The Government-Cheese is cutting so much it looks like Floyd the Barber on steroids. Well, a couple of days ago, the economic powers-that-be got together to figure out our financial future. What did they come up with?


“We have to teach people to compete like never before, and enjoy it," said John Luthy, a “speaker-facilitator” (read: overpaid lackey) talking to the Nevada Commission on Economic Development. Great. Their idea on turning around our economy is for the little guy to work HARDER. This bobblehead gets PAID to spout nonsense? YIKES! Well…we’re here to tell you about our idea to get us out of this financial shitstorm. Y’all won’t have to work any harder but like Mr. Luthy mentioned above…you’ll enjoy it!


Last year, a brother paid $145,000 for the rights to the name of “Mustang Ranch.” The name only. SHEESH! Lord knows what the brother woulda paid for…you know…ACTUAL boobies but that’s the crux of our biscuit today.


Nevada should mainstream prostitution. “RUN FOR YOUR LIVES!” say the puritanical hypocrites. Not so fast people…check it.


The selling of sexual favors is already legal in most parts of the state. Problem is, where it IS legal…is the middle of BFE! But if The Silver State makes it as easy to get laid as it is to order a pizza, there’ll be several positive results…

The tax money generated from legal prostitution would make gaming taxes look like an old, worn out dollar bill.


No skanks hasslin’ tourists on the street.


No more violence against streetwalkers by pimps and johns.


It would be HUGE for the tourism industry. Do you know how many sexually repressed people there are just in Utah? MILLIONS. Hell, people would come to Nevada from around the world just to check it out.


Now, we know a lot of y’all out there got your Underoos in a bunch over this idea so we wanna give you an example of the hypocrisy of the illegality of selling one’s body for the horizontal tango.


A nineteen-year-old kid, just outta high school can sell his body to the NBA to play basketball. He’ll get damned good money for it too. Hell, Major League Baseball buys their meat as young as sixteen years old. You can sell you body (for not much) to Uncle Sam. You won’t get any sex out of it but you sure might get IED’ed. So, if people can sell their bodies for all sorts of work, even dangerous work, why make it illegal to charge money to put Tab “A” into Slot “B”?


Heck, if you have sex with a woman (or man) that you picked up in the bar but didn’t charge any money, that’d be legal. So, what makes swapping scratch for scratches on your back so bad?


No, we say legalize sex for money. Make it as easy as goin’ to the drive-thru at McDonalds. When they do…as always…we’ll have to order from the Dollar Menu.