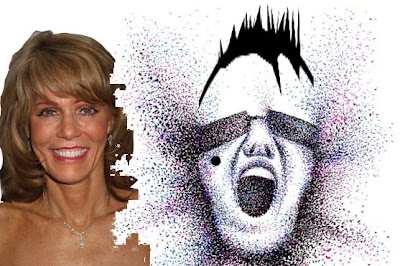 While Senator John “The Wad” Ensign’s career hasn’t officially taken a dirt nap, don’t worry, he’ll be workin’ at the Arby’s drive thru soon enough. What’s scaring the bejeezus outta some people is that when Ensign does leave the Senate, Nevada’s own Governor, Jim “Read My Lips” Gibbons, is gonna get to pick the replacement. Aye caramba. Last time Gibbons had a good idea; Teddy Roosevelt was skinny. So, in the spirit of goodwill all Silver Staters have toward one another, we’re gonna help GJG. Hell…we’ll even do it in three words:


Now, before your head explodes Guv, let me explain. Your ex-wife, Dawn is a Republican, an experienced politician and a conservative. Just like Soon-to-be former Senator John (Able-Semen) Ensign. Those are the big three you’ll be lookin’ for in a replacement anyway. But the best part? You’ll be sending your ex into the hornets’ nest that is D.C. politics. If she does well, you’ll start to look less like the douchebag we’ve all come to know and laugh at. If she tanks? You’ll have had the rare chance of stickin’ it to your ex without all those expensive lawyerin’ fees. So, be da man Gib and give yer ol’ sweetie the job. And to the soon-to-be new Senator from the great state of Nevada we say… “Yo Dawn…you remember me dontcha? Drop me a call and we’ll hook up again. I hear-tell that D.C. is beautiful in the summer and you're gonna need an escort so...I'm volunteerin'.