Baseball's Been Barry Barry Good to Him 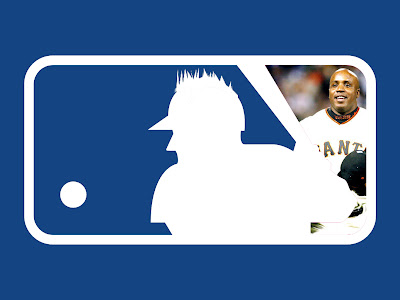 Today was supposed to be the start of the “Trial of the Century.” Yeah, we know…less than nine years in and we’re already calling it the “Trial of the Century” but whadda ya gonna do? ANYWAY…Barry Bonds and his behemoth punkin' head were supposed to appear in court today to answer charges he lied, under oath, about juicin’. Last week the government-cheese decided they couldn’t go forward with the case ‘cause their “evidence” against Bonds was tossed by the judge. Which brings us to the crux of today’s biscuit…

The feds have been on Bonds’ ass for more than three years. They’ve had all that time to get their shit together and prosecute the case. Now they want more time. WTF is up with that? The douchebags at the Justice Department have wasted enough energy and resources on this witch hunt. There are 104 names in the Mitchell Report and the only ballplayer they’re goin’ after is Bonds. They’re keeping this thing goin’ longer than Cal Ripkin’s consecutive game streak. While we’re not Barry Bonds fans here at PTB, we’re on his side on this one. Yo, Justice Department…either present your evidence and proceed with your case or STFU and gets ta steppin’. Here in the USo’A, the Constitution promises us a fair and SPEEDY trial. Taking almost a half a decade to prosecute ONE ‘roidin’ ballplayer, is plain BSC.