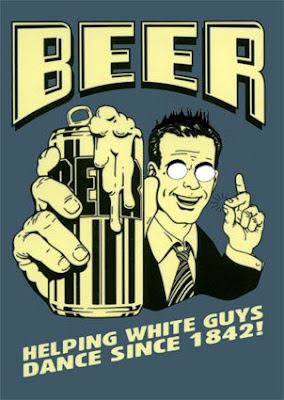 Seventy-five years ago today the USo’A decided to give up on the “noble experiment” that was Prohibition. At that exact moment, tighty-righties around the country skidmarked their collective Underoos. That’s back when you could smoke reefer and snort blow legally but the morality police had figured the only way to prevent drunkenness was to ban alcohol altogether. That didn’t work out too well now, did it? So, alcohol became legal again. Thank you JZeus!


Can you imagine the state of Nevada today without alcohol? YIKES! We’d have to rename ourselves West Utah. BLECH! Think of it this way…who’d wanna see some cracked out skank do a pole dance if alcohol wasn’t involved? No one. Do you know how boring video poker is when you’re sober? BORING! Even worse, if Prohibition was still in effect, the only commercials you’d see on the Super Bowl would be for cars and tampons. Aye caramba!


Besides, look at all the jobs that legal alcohol has created. From brewmeisters and distributors to bartenders, cocktail waitresses and alcohol abuse counselors. Alcohol is responsible for thousands of jobs in the Silver State. Heck-fire, if the PoPo didn’t have DUI checkpoints to do, they’d have to go out and do some REAL police work like catching bad guys and stuff.


The crux of our biscuit today is simple. In the 13 years that alcohol was illegal in America, alcohol-related deaths soared. Why? Without government oversight, people were making nasty, rot gut swill from crap like kerosene, lighter fluid and ass wax. But people drank anyway. The fact that it was illegal didn’t dissuade anyone from drinking. Not even the possibility of death stopped folks from tyin’ one on. Making booze illegal diverted the cops’ attention from really bad guys like murderers and rapists. You go Elliot Ness! Prohibition was an abject failure.


We look back on it now and romanticize the bootleggers and the rum runners from days past. How quaint those huckleberry moonshiners were! So what’s the difference between the Dukes of Hazzard and some poor brown-skinded brother bringin’ a load of the ganja across the border or growing it in his hydroponic grow room? Nothing. Keeping the prohibition against marijuana is just as stupid-assed as the prohibition against alcohol. Maybe one day we’ll learn. Probably not…but maybe.