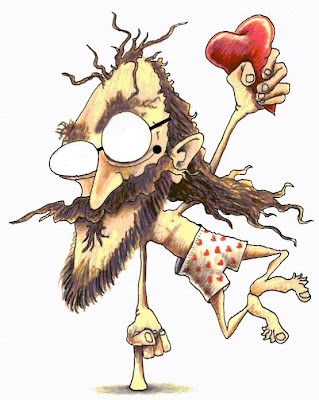 The story says Bernie Madoff’s wife withdrew fifteen million dollars from their account just days before he took a walk of shame for stealing billions of dollars from investors. Neither of the Madoffs are in jail as of this writing. As a matter-of-fact…Bernie is under house arrest. That means he spends his days languishing in his multi-million dollar penthouse in the NYC rather than sitting in a 4x4 cell with a roommate named T-Bone. We’ve said it before, we’ll say it again…a brown-skinded brother steals a loaf of bread to feed his family, he gets beaten and thrown in the hoosegow. But if whitey steals billions of dollars to feed his extravagant lifestyle, he gets house arrest. Sad but true.

Had JWB not popped a cap in the 16th President, Abraham Lincoln would have turned 200 years old today…the same age as Dick Clark. So, since Guy Rocha is retiring, we thought we’d share some little-known facts about the Man from Springfield…


“Honest Abe” got his nickname the first time he ran for office when he actually fessed-up to a reporter’s question about alleged indelicate dalliances with sheep.


Before Lincoln started sporting his full beard, he wore a Fu Manchu with a soul patch.


The first draft of the Gettysburg Address started with, “There once was a man from Nantucket.”


Lincoln was so poor growing up that his stovepipe hat was an actual real-life stovepipe.


Lincoln’s favorite music? The Shaggs, Bjork and anything from Wu Tang Clan.

Most PoPos consider their K-9 helpers full-fledged officers of the law. That kind of anthromorphization is kinda creepy but we’ll go with it. That said, if Joe Citizen punched a cop…or kicked a cop…hell, even yelled at a cop…he’d be sitting in the Gray Bar Motel for a long time. Shoot-fire, he might even get Gitmo’d. So how come an UN-PD (pronounced Un-Pud) can "allegedly" beat the bejeezus out of his dog and the motherhubbard gets paid administrative leave? Double. Standard.

The Bun in the Oven wacko doesn’t have a job, lives with her parents, gets food stamps and has a publicist. WTF? A freakin' PUBLICIST? Aye caramba! Anyone thinking that’s an O.K. situation needs a reality check. And, while you’re getting yours…save one for Octo-Ho. She needs it more than anyone.