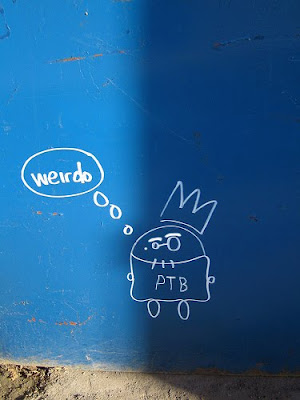 So I’m sittin’ in front of the tube last night, tryin’ to get my pea brain around this new Arizona immigration law, when the Military Channel pops on an episode of The World at War. It’s a twenty-something part documentary on WWII. This particular episode covered the rise of the Nazi Party in the mid-30’s. And then, it hit me…

The WAW narrator started talkin’ about what the Nazis did when they took over. The first thing they did was vilify the press calling it “liberal” and “anti-German.” Sound familiar? Then the Nazis outlawed all unions. Ya see where I’m goin’ with this?

Next, Hitler’s goons started rounding up intellectuals (elitists) and immigrants (dark-skinded brothers and sisters) and sendin’ ‘em off to the gulags. The Nazi regime explained that Germany was an infallible country, ordained by God to rule the world.

Now I’m not the sharpest tool in the shed, but it seems that the right-wing nut cases here in the USo’A, Inc., surely look and sound and act a lot like the Nazis of WWII. Don’t believe me? Tighty-righties routinely rag on the “liberal media.” The only people they trust on the tube are Faux News and Hee Haw. They’re anti-union, they pooh-pooh intellectuals and blame every problem in their lives on illegal immigration. I’m tellin’ y’all…this is gonna get interesting…but not in a good way. Mark my words.