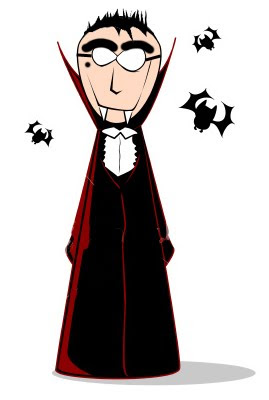 Former child star Corey Haim took a dirt nap last night and everyone seems caught off guard. Let me get this straight...he becomes rich and famous beyond imagination at a very young age, throws it all away on alcohol and drugs and nasty-assed monkey sex with groupies and y'all are surprised? The only thing surprising about this story is that it didn't happen earlier.

Lindsay Lohan is suing E-Trade over their Super Bowl commercial. L2’s lawyers say that the use of the name Lindsay in the spot is a direct reference to her because “many celebrities are known by one name only.” They’re right. Madonna…Cher…Pele and the like are so famous they are known by one name. Lindsay Lohan? Fuckin’-A lady…no one over the age of thirty or under the age of twenty-five even know who the hell you are. This smells like a frivolous lawsuit brought by an egocentric publicity hound. Yo LoLo…don’t quit your day job. That is, if you even have one. Hope you saved your money, toots!

And lastly today. A new poll out says that most Americans believe God is involved in their everyday lives and is concerned with their personal well-being. Really? Isn’t this the 21st Century? Look guys. If there was an Invisible Man in the Sky who gave a schnizzle about your personal well-being, don’t you think he’d lower your cholesterol, drop those extra pounds, get you a better paying job and stop that Kenyan-born, socialist, Marxist, fascist, secret Muslim from passing healthcare? He sure would. But since there isn’t…He won’t. Get over it folks…we’re all on our own and there’s nothing that JZeus’ Dad can, or will, do about it.