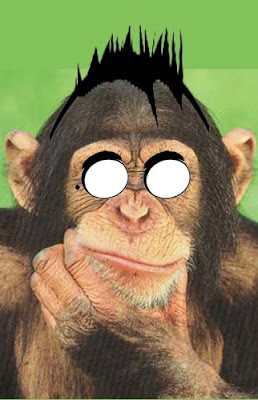 SHEESH. A brother gets elected President and the stock market dumps 400 points. If you ever wondered how many crackers run Wall Street, wonder no more.

Today the ‘Bamer gets his first daily security briefing. Do you think he’ll ignore the “Bin Laden intent on Flying Planes into the World Trade Center” memo? Chimp-Dick did. The ‘Bamer won’t.

It’s good to see more than eighty percent of eligible voters in the NV bellied up to the polls. We bet a big slice of those folks voted early. Like we’ve said before…voting should last all month. We’ve got to give folks every opportunity to get out there.

Thirty-seven civilians dead from a U.S. airstrike in Afghanistan. They were at a friggin’ wedding for cryin’ out loud. This is the kind of clusterfuck that keeps people hatin’ on Americans. Wanna make a couple dozen new terrorists? Just blow up a wedding party. That’ll do it.

Alaska…the most socialist state in the union, wants to keep it that way. It looks like the folks up north are gonna reelect Ted Stevens. SHEESH! The guy is a convicted felon but he keeps his job ‘cause he brings in so much pork for the state. Bridge to nowhere anyone?

FULL DISCLOSURE: Every time you watch television, we here at PTB get one million dollars. A new study out says that kids who watch sexy TV shows are more likely to get pregnant than those who watch stuff like the Disney Channel. Puh-Leeze. Hey parents…television shows don’t get your teen preggers…intercourse does. What sucks here is that mom & pop need a scapegoat when little Timmy or little Buffy makes a baby so they blame the boob tube. Think about it…if sexy TV shows make it more likely you’ll get knocked up…we’d better keep the little ones away from daytime soap operas!