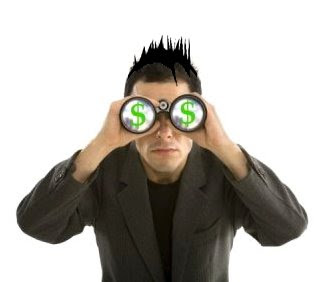 There’s a very special surprise at the bottom of today’s post for y’all. But first, a quick bit of business.


The Government-Cheese is thinkin’ ‘bout confiscating Bernie Madoff (with the money)’s wife’s and sons’ assets. Finally. Anyone thinking the Madoff (with the money) clan didn’t know what dear old dad was up to, probably graduated from Jerry Falwell’s Law School. BTW…the Feds found all of Eliot Spitzer’s hooker money and a hundred or so G’s in one politician’s freezer but they didn’t notice Bernie ripping off billions? WTF were they doin’ down there? Lookin’ for Saddam’s WMD’s?

Here’s a thought: If Bernie Madoff (with the money) was a brown-skinded brother or a drug dealer, the Feds woulda seized every last asset of his (and his family) the very first day. As it is…there was a lot of financial hanky-panky goin’ on in the Madoff (with the money) clan just after pops got popped. It just goes to show you…the justice system here in the USo’A bends over backward for whitey. If you’re in a minority, you get your ass handed to you.


Ok, Ok…we promised…remember the Inauguration? Lots and lots and lots of people crammed into the D.C. to celebrate. Well, below is a link to a picture of the event. WTF is so special about this particular pic? Well, you start off on a wide shot of the entire venue then, with the click of your mouse, you can zoom in close enough to recognize faces. The shot was taken with a 1,700 megapixel digital camera. Heck-fire…you can zoom in close enough to see the horns underneath Dick Cheney’s hat! Figure this…if we’ve gotta spend beaucoup dollars on Homeland Security, this is the kind of cool toy we want ‘em to come up with. Sure would be fun to have one of those cameras at the beach!