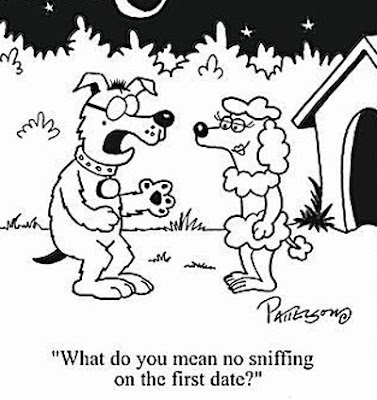 We cannot emphasize this enough…there is nothing…repeat…nothing better than sex. Maybe that’s our take ‘cause we don’t do it nearly as often as we should -- but that’s the crux of a different biscuit.


The problem here in the United States of Puritanism is that most people think sex is a bad thing. It’s not our fault. The government-cheese and those that speak for JZeus’ Dad continually bombard us with the thought that putting tab "A" into slot "B" or slot "C" or slot "D" is wrong. Both groups tell us when we can and cannot do it, where we can and cannot do it and who we can or cannot do it with. SHEESH! Makes you wonder how the species survives. Well, don’t fret peoples. We’ve got good news for y’all.


A report just out says that folks who take "abstinence pledges" and "virginity pledges" are just as likely to have sex as those of y’all who don’t take a pledge. The first thought up from our mind shaft was "DUH!" That’s like saying politicians running on the platform of government ethics are just as likely to take a bribe as say…Rod Blagojevich. Thanks Captain Obvious.


You see, sex is the great motivator. Why else do you think guys buy fancy cars, get educations and occasionally shower? To impress as many ladies as possible with the intention of getting sex. Don’t believe? Ask any guy. Sex is our highest priority. We think about sex almost all the time. That’s why men had to invent sports. ‘Cause if we didn’t, we’d be thinking about sex all the time.


And women aren’t any different from men. Oh sure…they may play shy and innocent and naive but no fire burns hotter than in the loins of a woman. Why do you think women spend so much money on clothes, spend so much time putting on makeup and dreaming of the day that they can get breast implants? So they can get more men to have sex with. It’s an entirely natural thing. Much more natural than thinking an Invisible Man in the Sky gives a crap who you do the horizontal tango with. So go for it folks. Dive in with both feet (if that’s your kinda thing). Have sex. Just don’t let the Government-Cheese catch you putting tab "A" into slot "Z."