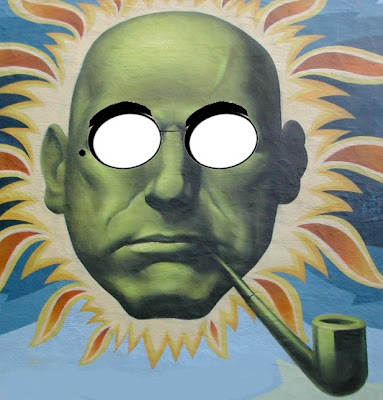 The Reno City Council has proven once again that they have the collective brain power of a sack of doorknobs. Last night the Council reduced a moratorium on new liquor licenses to just the area around Wells Avenue. Why just the Wells Avenue area? Could it be because it is a predominately brown-skinded neighborhood? We don’t put it past the crackers on the Council to less-than-subtly show their racist sides.


Some brotherhubbard was quoted in the RGJ saying, "Liquor stores contribute to loitering, public drunkenness, armed robbery and the recent murder of a store clerk." Ummm...no. Liquor stores contribute taxes to the state, county and city. They provide jobs and convenient places to shop for neighborhood residents. Don’t blame liquor stores for the sins of a few douchebags. Responsibility for the crimes mentioned lies directly in the laps of the perps.


Dude went on to show the Council a “crack pipe” he says he bought at a local liquor store saying the stores sell drug paraphernalia. This is the kind of cheese-dick mentality that permeates the 775. Listen up short-bus ...it's not a crack pipe 'til you smoke crack out of it. Elsewise, it's just a pipe.