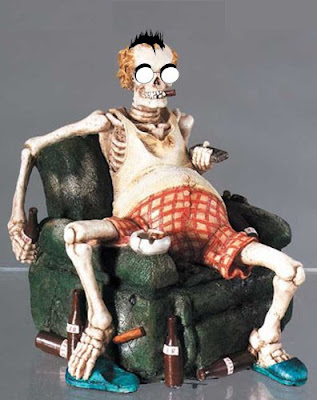 It’s gonna be a great day here at PTB. We treasure these political debates like they were the Super Bowl. Ah, the life of civics geeks. ANYWAY…we know that not all y’all are as pumped for Word War II as we are so we’ll let you in on a game we used to (and sometimes still do) play.


Before the debate, get together a bunch of points about the candidates that you can bet on like:

Who will mention “main Street” first?

What color tie will the ‘Bamer wear?

How many times will John McCain wink at the crowd?


See? It’s that easy. Get your friends together, make your bets and let the game begin!

During the debate, every time a candidate uses the words…

…or a host of other words, you just know they’re gonna use, everyone in the room has to take a drink of their preferred beverage. Simple. Know anyone who doesn't drink? N/P. Just substitute the words above with…


…more than likely the above terms won’t be used at all. That’ll spare your teetotaler friend the hassle of getting blasted.


So you see, you can have a fun time at tonight’s debate even if you don’t give a fat-rat’s-ass who wins or loses. As for us…we’re frothing at the bit just waiting for kickoff!