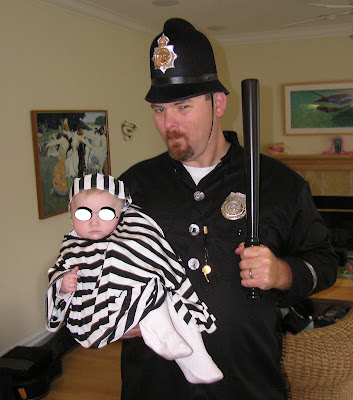 Yesterday we popped a cap in another Al Qaeda leader in the Af/Pak war. Question: How many "leaders" does Al Qaeda have? It seems every time we drone someone, we either kill innocent civilians or an Al Qaeda "leader." Dude was probably OBL’s limo driver. Oh wait…we’ve already Gitmo-ed that guy.

Saw skeevy Rep. Eric Cantor on television yesterday…spoutin’ on about how “Obamacare” is gonna ruin the country. Nothing new from that lie-hole. But what got me was that Cantor was wearin’ an orange tie…on ST. PATRICK’S DAY!!! Yo Eric…in my hood, wearin’ orange on St. Patrick’s day will get a cap popped right between your eyes. Better not come Teabagging here in the 775 wearin’ that crap. True dat.

While listening to yesterday’s Nevada v Wichita State men’s basketball game on the radio Ryan Radtke, the play-by-play guy, skidmarked his Underoos when this dunk happened. POSTERIZATION!!! Gotta love those radio announcers. Speaking of Wichita State…y'all know what a "Shocker" is? Do y'all realize what a “SHOCKER” is? Aye caramba!

And finally…in a Rhode Island school, they found an effigy of President Obama hanging in a classroom. Seems peeps were cheesed-off when the ‘Bamer applauded the firing of teachers in the underperforming school. Here’s the crux of the biscuit: President Obama didn't fire those teachers. President Obama didn't make those schools into "failing" schools. President Obama applauded holding teachers accountable. Is that a "hang the guy in effigy" offense? No. And to the teacher that said the effigy was part of a lesson plan, I say to you...no wonder your schools are failing. But don't worry…you can always come on out to the 775. We’ve got room for the likes of you. True story.

Posted by pj Connolly at 1:13 PM No comments: