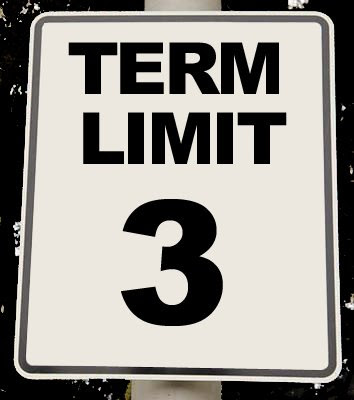 Back in the 1990’s when the lunatic fringe swept into power, Newt Gingrich and his ilk came up with a load of crap called the “Contract With America.” One of the ideas in the contract was that of term limits. When we heard the words coming out of the Newtster’s lie-hole, our collective sphincters tightened so much you coulda put a lump of coal up our asses and we’d have shat diamonds…but that’s the crux of another biscuit.

Tighty-righties from coast to coast preached to a lethargic U.S. public about term limits and Americans bought it hook, line and sinker. Next thing you know, state after state (including Nevada) passed some form of term limits. We yelled. We cursed the heavens. We pointed out that we already had term limits – don’t like the politician? Vote the rat-bastard out of office! Alas, like most of our rants, no one listened.

But now, Senator Maurice Washington, a REPUBLICAN, wants to repeal the law on term limits. Why the change of heart? Right wing nut jobs nowadays are as popular as turd sandwiches. They’re not just worried that they’re losing votes, they’re worried that they might never win another election. Ever. So here’s the point we wanna make to Senator MoMo: If term limits are bad, why’d your party support them in the first place? Two elections in a row, a majority of Nevadans voted for term limits and now you wanna circumvent that process? Tell you what…you’re gonna be workin’ at the drive-thru pretty soon anyway ‘cause of those term limits. Why don’t you STFU and get down to business on the serious issues facing Nevada. Term limits aren’t one of ‘em.