Around The World in Sixteen Years 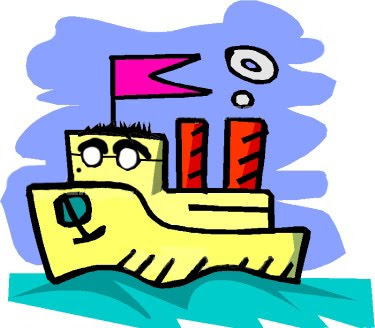 Jessica Watson isn’t your typical 16-year-old. While most girls her age are thinking about the prom or the Jonas Brothers newest song or the latest incarnation of High School Musical, Watson dreams about…get this…sailing around the world. Alone. Without help. Aye caramba!


Watson’s mum and dad are cool with the whole thing. They figure, if their daughter has a dream, they’re gonna support it. Others aren’t being so supportive. Critics say the Watsons are looney to let their daughter attempt such a dangerous feat. They say she’s too young and too inexperienced. They’re even accusing the Watsons of being bad parents. I don’t agree.


FULL DISCLOSURE: I don’t have any babies…never raised kids and unless they come out with a newer model that subsists solely on Keystone Light, frozen burritos and corn nuts, I never will. That being said…


On December 8, 1941, hundreds of thousands of Americans volunteered for the military. And you know what? Thousands of them were as young as Jessica Watson. Some were even younger. They lied about their age so they could make a difference in the war effort. Throughout the years, I’ve had the opportunity to talk to a few of those Vets. Their eyes sparkled with pride at the fact that they were considered too young to help, but got in anyway. Here’s the crux of today’s biscuit…


Since when did sixteen become “too young?” If Jessica was a boy, would there be all this fuss? I say, if Jessica wants to circumnavigate the globe alone…and her parents say its O.K….then so be it. It’s nice to see a teenager nowadays with goals and aspirations and dreams. Besides…it sure beats her sitting in her room dinking around on Facebook or, even worse, listening to the Jonas Brothers. YIKES!