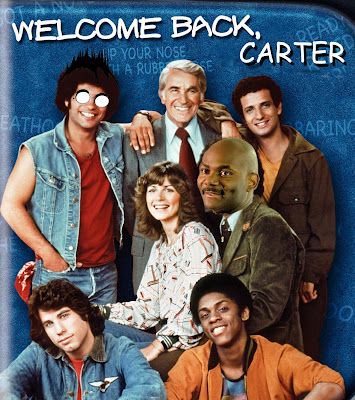 Huzzah! For the first time in recent memory, the University of Nevada athletic department made the right call – they promoted assistant coach David Carter to replace departing head basketball coach Mark Fox. Aye Caramba! Now we’ll have to change Nevada’s nickname from “The Whitest University West of Utah” to “See…We’ve Got One Brown-Skinded Brother on Staff!” Anyway…


We wish coach Carter and the Wolf Pack all the best in the upcoming seasons. We’ve got a sneaking hunch that they’re gonna rub a butt on the record books. However, we do wanna point out a couple of things to look for now that Nevada basketball has a new head coach…did we mention he’s BLACK?

Firstly, cheerleaders will no longer be able to ride the bus with the team to away games. This will prevent Reno-911 from arresting coach Carter for violating the Mann Act.

Nevada will finally have to change their archaic pre-game music mix. Deleted? “Welcome to the Jungle.” Added? “Play that Funky Music White Boy.”

And finally…we’re gonna re-name Nevada’s mascot. “Alphie” sounds like the little kid that always got atomic wedgies in junior high school. From now on, the Nevada mascot will have a different name. His new nom de plume? “Hoop Doggy Dogg.”